A Conversation with Basav Sen of Institute for Policy Studies

What an eventful two months it’s been for politicians who once upon a 2020 election promised steadfast action to address climate change—solutions that would bring “good union jobs” and protect people of color, Indigenous communities, and low-income communities, all while reducing greenhouse gas emissions by 53 percent of 2005 levels.

Let’s start with the end of June. Hours after the Supreme Court invalidated the Clean Power Plan—an already inadequate protection of the environment and communities who live and breathe on the fence-lines of polluting industry—President Biden and his band of centrist Democrats played victim to the racist and sexist Supreme Court while they themselves performed an array of sleight-of-hand deceptions. A few blocks away, the President proposed his five-year plan to reopen oil and gas leases on public waters and lands while doing so quietly behind the pomp and circumstance of the upcoming 4th of July weekend. The narrative out of the White House was tentative—”maybe we will (allow offshore drilling), maybe we won’t.” Such was POTUS and company’s general message, stating the proposal consisted of “zero to 11 options” for fossil-fuel extraction.

Here we are in August, where we’ve learned “zero” used in the context of the five-year plan is as credible as the term “net-zero,” the fanciful term used by neoliberals to avoid actual greenhouse gas emissions reduction plans.

On July 28, Senate Majority Leader Chuck Schumer and King Coal himself, Sen. Joe Manchin of West Virginia (aka “Satan”), shook hands over the passing of the Inflation Reduction Act of 2022. Biden hailed this Act as “a historic agreement to fight inflation and lower costs for American families” and a “long overdue and a necessary step to ensure the United States takes decisive action on the climate crisis that helps our economy and provides leadership for the world by example.”

But the new legislation is not as altruistic as it sounds. In fact, it is quite the opposite; it proves yet again that environmental justice communities and the health of the planet are disposable in the eyes of greedy politicians, even if it tries to appear otherwise.

To help break down the faux heroism of the Manchin-Biden-Schumer trifecta, I chatted with the esteemed Basav Sen, Climate Justice Director at Institute for Policy Studies:

Anne: Sen. Manchin is somehow deemed a hero for supporting the Inflation Reduction Act of 2022 and getting it passed. We’re not buying it, this greenwash. We think he’s Satan.

Basav: Joe Manchin, who chairs the Senate Energy Committee, profits off of the dirtiest pollution in the fossil-fuel industry. For starters, in the current election cycle alone, oil and gas has funded upwards of $700,000 to Manchin. In addition, he owns a company that mines waste coal (the low-energy value discards of the coal industry) and then he sells to a company that burns this waste only to emit some of the dirtiest pollution that exists in fossil fuels.

Anne: When things don’t go the way Senate and House Dems hope for with regards to legislation, liberal media seems to enjoy painting Manchin as the foil to Chuck Schumer. But Schumer seems like his puppet.

Basav: The reason Manchin is the Senate Energy Committee Chair is because Chuck Schumer put him there. Schumer has the authority to select who holds committee chair positions and can also have them removed.

Anne: And now, thanks to both of them, we have the Inflation Reduction Act. What does the Act mean for climate and environmental justice?

Basav: The Act gives with one hand and takes with another. First, it will hold the renewable energy sector hostage because oil and gas leasing on public lands and waters will be a condition for leasing to be released to wind and solar. Second, a proposed “side deal” to the legislation will expedite approval of 25 energy projects that will include unproven or harmful technologies such as carbon capture and sequestration (CCS), nuclear energy, hydrogen and bioenergy—placing each of these technologies on par with renewable energy. Last, the side deal would force completion of the Mountain Valley Pipeline, if Manchin is to be believed. This project has faced and lost legal challenge after legal challenge–National Environmental Policy Act (NEPA), Clean Water Act, etc.–and the companies behind the project have actually told shareholders this project may never get completed; they were even prepared to walk away. And now there’s this back-room deal to backstab Appalachian communities who have been fighting this pipeline for years and force the pipeline through. Some of these community members are Manchin’s own constituents.

Anne: How effective will the funds to support the communities of color that are disproportionately impacted by pollution be?

The bill allocates some funds for environmental justice communities, which appears to be a step in the right direction. But by subsidizing carbon capture, hydrogen, and nuclear energy—and potentially expanding fossil fuel leasing on federal lands and waters—the bill takes with one hand what it gives with the other. And then there’s the side deal, which will inevitably create many more sacrifice zones for the benefit of dirty energy industries. So it would be one-sided and simplistic to celebrate environmental justice funding without acknowledging this ugly reality.

Anne: Please expand on the side deal.

Basav: With another twist of the knife, there is a side deal between Manchin, Schumer and Biden that will make permitting for dirty energy easier—it will take power away from communities, making it more difficult for them to challenge dirty projects using legislation like NEPA and the Clean Water Act. This is bad for places like the Gulf of Mexico and Alaska and overall bad news for environmental justice communities.

Anne: When referring to the Gulf and Alaska, this reminds me of Biden’s highly anticipated five-year plan approving oil and gas leases. It’s basically another broken promise from the guy who wants to be the Climate President. What’s your take?

Basav: If The Washington Post is correct in its reporting, the oil and gas leasing as part of the five-year plan was approved to appease Manchin and to get his support of the Inflation Reduction Act. More offshore oil and gas leases are extremely problematic from both a climate and an environmental justice perspective—doing the most harm to communities of color and Indigenous communities. The leases will allow offshore drilling in the Gulf of Mexico and along Louisiana, where there is a high population of Black communities, and in Cook Inlet in Alaska, where the communities are Indigenous.

Anne: I know you’re heavily involved with Build Back Fossil Free and there are a lot of organizations and individuals urging Biden to declare a climate emergency. How big of a difference can that make?

Basav: President Biden has the power to declare a climate emergency and it would actually be a substantive move and not just a flashy concept. An excellent report released by Jean Su and the Center for Biological Diversity team outlines the various actions Biden can take to aggressively mitigate the climate crisis. After declaring a climate emergency, he would have the authority to halt crude oil and other fossil fuel exports and suspend all offshore and onshore leasing. Biden could determine that the climate crisis threatens national security and use hundreds of billions of Defense Production Act funds per year to invest in renewable energy. If he were to declare the climate crisis an emergency, he would have the authority to construct renewable energy production and distribution by partnering with environmental justice communities, starting with those most harmed by existing fossil-fuel infrastructure.

Anne: How can others put pressure on Biden to declare a Climate Emergency?

Basav: A petition with more than 400,000 signatures has already been delivered to the White House. But people can still call the White House Comment Line at 202-456-1111 on Tuesdays, Wednesdays or Thursdays between 11 a.m. and 3 p.m. ET, and urge Biden to declare a Climate Emergency, stop fossil-fuel leasing, exports, and project approvals, and get the entire federal government on board for a just transition to renewable energy. 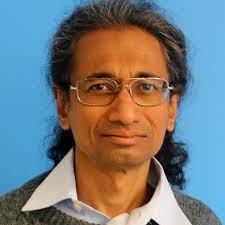 Basav Sen is the climate justice project director at the Institute for Policy Studies (IPS) and writes on the intersections of climate change and social and economic justice. Prior to joining IPS, Basav worked for 11 years as a campaign researcher for the United Food and Commercial Workers.