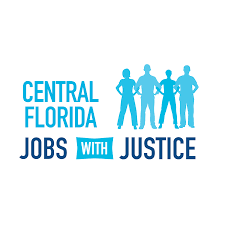 is a local coalition of labor unions, community organizations, faith and student groups that convene on strategies to achieve economic justice for workers within the state of Florida. Through research and community organizing, Central Florida Jobs With Justice promotes collective bargaining rights, employment security, and a decent standard for all workers within the state of Florida. Learn more https://cfjwj.org/.

The Center for Environmental Health, established in 1996, works to protect people from toxic chemicals by working with communities, consumers, workers, government, and the private sector to demand and support business practices that are safe for public health and the environment.

The Climate Justice Alliance is a new collaborative of community-based and movement support organizations uniting frontline communities to forge a scalable, socially and economically just transition away from unsustainable energy and false solutions to climate change. They do this through building local living economies, building community resilience, and climate justice for all.

is a nonprofit collaborative of environmental health and environmental justice experts working to reform the chemical and energy industries so they are no longer a source of harm. Coming Clean:

is an independent farm worker union of indigenous families located in Burlington, WA representing over 500 Triqui, Mixteco, and Spanish speaking workers at Sakuma Bros. Berry Farm. Familias Unidas formed in 2013 with the hopes of securing a better future for hand harvesters in the local berry fields of Whatcom and Skagit Counties in Washington State. Nearly four years later, on September 12, 2016, Familias Unidas won a historic secret ballot election ushering in a new era for farm worker justice in WA State. Familias Unidas is led by a leadership team, including Ramon Torres, President, and Felimon Pineda, VP.

The contract with Sakuma Bros. guarantees a $15 hourly wage, sets up a process to calculate a fair piece-rate wage for berry pickers, establishes a grievance process and protects against arbitrary termination, among other protections of basic worker rights. Ramon Torres has said, “The union helps workers understand their rights and empowers them to stand up for themselves. It is the goal of Familias Unidas that the workers manage the contract themselves.”

The Farmworker Network for Economic and Environmental Justice, established in 1994,  serves nine agricultural worker membership organizations from the U.S., the Caribbean and Mexico. They work on: 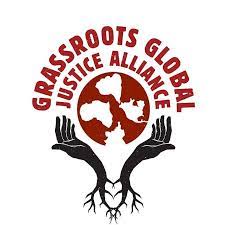 joins more than 60 U.S.-based grassroots organizing (GRO) groups comprised of working and poor people and communities of color. GGJ brings GRO groups into a long-term process of relationship building, political alignment and transformational leadership development, weaving and bridging together U.S.-based GRO groups and global social movements working for climate justice, gender justice, an end to war, and a just transition to the next economy.  At its 7th Membership Assembly in 2018, the membership of GGJ refined its framework for a holistic approach to building grassroots global justice: No War, No Warming, Build a Just Transition to a Feminist Economy, echoing the framework of Dr. Martin Luther King’s philosophy of the Triple Evils of Poverty, Racism and Militarism and integrating the current day pressing issues of climate change and feminism.

The Indigenous Environmental Network (IEN), established in 1990, is an alliance of Indigenous Peoples empowering Indigenous Nations and communities towards sustainable livelihoods, environmental protection of our lands, water, and air and maintaining the Sacred Fire of our traditions.

The Los Jardines Institute (the Gardens Institute) in Albuquerque, New Mexico, builds and supports healthy and sustainable communities and workplaces by providing opportunities that promote multigenerational, community-based models of learning, sharing and community building. The Institute prioritizes traditional land-based ways of knowing in the places ‘where we live, work, play, pray, and go to school.’