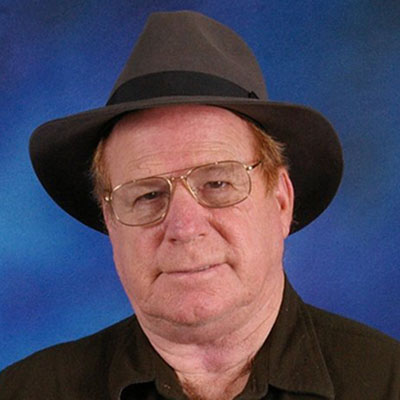 David W. Campbell is secretary-treasurer of United Steelworkers (USW) Local 675, which represents oil refinery workers in the South Bay, the Carwasheros, industrial and service workers throughout Southern California, and hospitality workers in Nevada. Native to Cape Cod, Massachusetts, Dave is a U.S. Marine Corps veteran who served in Vietnam. In 1974, he was hired as an operator trainee at the El Segundo Chevron Refinery, when he promptly joined the Oil, Chemical and Atomic Workers International Union (OCAW) Local 547. There he was an active leader in three strikes in five years, the third of which lasted 99 days and resulted in securing dental insurance for the El Segundo workers–a demand that became part of pattern bargaining among oil industry nationwide. Active in the struggles for equity in education, women’s rights, poverty issues, cross-border organizing, environmental justice and immigrant rights, Dave is notable for his energy and creativity in solidarity actions both near and far. In recent years, Dave was selected to be a part of a U.S. delegation to Venezuela to meet with other oil worker members and leaders. He was also a member of the first official U.S. labor delegation to Vietnam. He has represented labor in Mexico, Brazil, Argentina and China, where he headed a delegation from the Los Angeles County Federation of Labor. Dave is a board director of Just Transition Alliance.

Next profileTom Goldtooth
We use cookies on our website to give you the most relevant experience by remembering your preferences and repeat visits. By clicking “Accept All”, you consent to the use of ALL the cookies. However, you may visit "Cookie Settings" to provide a controlled consent.
Cookie SettingsAccept All
Manage consent