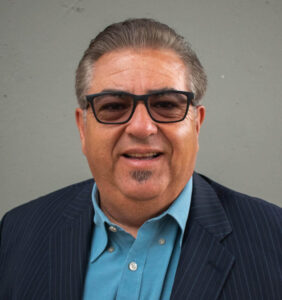 José Bravo (he/him) is a veteran environmental justice organizer and executive director of the Just Transition Alliance where for more than 25 years, he’s led a coalition of environmental justice and labor organizations—working with frontline workers and community members who live along the fence-lines of polluting industries—to create healthy workplaces and communities. His work in social justice issues is rooted in his upbringing in Southern California’s avocado fields alongside his farmworker parents. José has participated in the environmental justice (EJ) movement since 1990 and has been involved in drafting the EJ principles and the Jemez principles of Democratic Organizing.

José along with labor leaders from Central Florida Jobs with Justice and Familia Unidas por la Justicia are part of a delegation of workers and community members that will be participating in meetings and events inside COP 27 in Sharm el-Sheikh. “This is a critical moment to come together and force representatives from throughout the world at the UN to center the vision, voices and priorities of those workers and communities who are first and most impacted by climate change, so that we can effectively reduce both climate pollution and the direct harm faced by people everywhere,” José says. 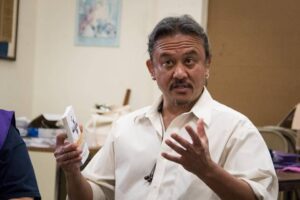 Ananda Lee Tan (he/him) has been organizing grassroots movements since 1986 – building networks, coalitions and alliances for land defense, environmental justice (EJ), worker rights, energy democracy, food sovereignty, zero waste and just transition, serving frontline communities around the world. Over the past decade, Ananda has served networks like Global Alliance for Incinerator Alternatives and co-convened the Climate Justice Alliance, the People’s Climate March, the It Takes Roots Alliance and the Building Equity and Alignment for Impact, an initiative shifting philanthropic resources to, and centering the leadership of Black, Brown and Indigenous communities on the frontlines of the ecological crises. Today, Ananda serves as a trainer, facilitator, strategist and guide for grassroots formations such as the Indigenous Food & Freedom School, Alliance of Earth, Sky & Water Protectors, Labor Network for Sustainability and the Just Transition Alliance (JTA). In addition to advising JTA leadership on climate and environmental justice policy and movement organizing strategies, Ananda has been leading efforts to derail corporate climate schemes and false techno-fixes at various policy arenas. Ananda presently lives on unceded Coast Salish territories in the Pacific Northwest of Turtle Island (so-called North America). 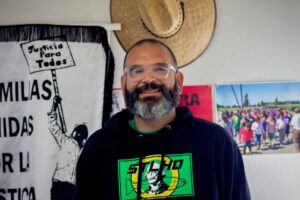 Edgar Franks (he/him, el/el) is the Washington State Campaign and Political Director for the independent union Familias Unidas por la Justicia where he works with union leadership and allies in the development and implementation of the Just Transition framework that centers food sovereignty and worker organizing.

Edgar has strong farmworker roots in Skagit County, Washington where he grew up. Edgar honed his organizing skills supporting the formation of the first independent farmworker union in Washington State since 1986. As an organizer he works in Whatcom and Skagit Counties, and Eastern Washington to meet with farm workers as needed and support their organizing efforts working with union organizers of Familias Unidas por la Justicia. He says, “The just transition worker delegation will bring the voices of workers from different sectors of the economy, and that is exciting because we will have the opportunity to strategize together about how to build solidarity among workers and build a collective analysis to share with our communities.” 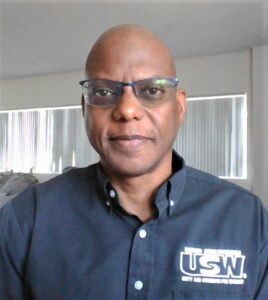 Norman Rogers (he/him) is Second Vice President of United Steelworkers, Local 675, an amalgamated union representing workers which include the oil, chemical, bedding, carwash, paper and electric bus manufacturing industries. He currently works in Storage and Handling at the Marathon oil refinery in Los Angeles County. He has spent the majority of his twenty three year career facilitating gasoline blending and the shipping and receipt of finished products. He has been active on multiple committees in his Local, in particular health and safety but also contract negotiations. Following the Chevron refinery fire in 2012, Norman provided testimony to the Department of Industrial Relations on the importance of strengthening Process Safety measures working in coalition with environmental organizations to improve safety regulation for refineries and chemical plants. Norman is now deeply engaged in the struggle for a Just Transition for fossil fuel workers whose jobs will be lost in the move to a green economy. Norman is very grateful to attend COP27 as a member of a workers’ delegation, stating, “The opportunity to stand with and learn from others also facing the double edged sword of working towards a sustainable climate without the loss of quality jobs is very important; reaching a global solution to impending job loss is inseparable from a global solution for our climate crisis.” 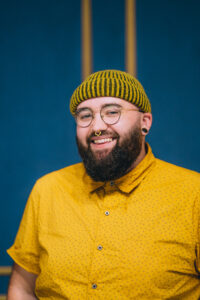 Chris Furino (they/them) leads Membership and Organizing with Central Florida Jobs with Justice, a coalition of community, labor, faith, and youth organizations fighting issue based campaigns that impact the rights of the working people of Central Florida. Chris originally came into organizing through the farmworker and migrant justice movements and has also exhibited leadership in programs that support the political development of white anti-racist movement leaders in the fight for collective liberation. They are attending COP27 to speak to the impact that the rapidly accelerating climate crisis is having on the working people of Florida and the ways in which climate inaction and false solutions are leading to worsened climate disasters, like stronger and more destructive hurricanes in the region. They believe that the solutions being proposed must address the root causes of this crisis, like capitalism and colonialism, and that solutions cannot pit workers against the broader community by threatening people’s livelihoods. 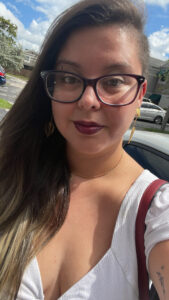 Paula Muñoz (she/her, ella/ella), a naturalized United States citizen, fled her country of Colombia’s violent conflict as a child and asylee. For over a decade, her passion to fight for the rights of all immigrants who, like her and her family, migrated in search of safety and a life of dignity has been unparalleled. During Paula’s tenure as an organizer and activist she has co-created and implemented strategic campaigns to end detention and deportations, combatted and defended against structurally racist and xenophobic policies that exasperate the country’s mass incarceration crisis and expanded political education on all root causes of migration, including climate.

Paula intends to create broader awareness and strategies to support communities that are disproportionately displaced due to climate migration. As the Florida Immigrant Coalition’s Director of Organizing, she leads a team of equally passionate and driven issue-based organizers and coordinators who are strategically building power to push national, statewide and local policy around issues that impact FLIC’s membership and surrounding communities. Paula, alongside the FLIC team, aims to build intentional transnational solidarity to collectively elevate opportunities of unified impact and action.

2615 Camino Del Rio South, Suite 400San Diego, CA 92108
info@jtalliance.org+(619) 838 -6694
We use cookies on our website to give you the most relevant experience by remembering your preferences and repeat visits. By clicking “Accept All”, you consent to the use of ALL the cookies. However, you may visit "Cookie Settings" to provide a controlled consent.
Cookie SettingsAccept All
Manage consent